I dream of this place often. I have been there, and I haven’t really been there. Was it the desert planet of Tatooine, or was it closer home, on our very own planet? I remember the Sun shining mercilessly and the winds chilling our bones, especially in the shade, and the magnificent clouds dotting the impossibly blue skies.

This was the day my trip ended, of Ladakh.

Early morning in Old Manali – spotted three travellers walking by our hotel, next to Manaslu river.

500px.com/photo/78318657/manali-by-amit-sharma
Beauty at a distance, rough terrain where we stood.

It was day 3 of our trip if we count Karnal/Chandigarh as our base. We were trying to make up for lost time, and (touchwood) the slowest of the lot, which would be yours truly, was doing really well in terms of speed & time.

I reached Sarchu ahead of every one else, in the late afternoon, and was raring to go further. But we decided to stay the evening and night here. Much relaxation, much plates of maggi and biscuits, much cups of tea, much photographs, and much sleep.

www.flickr.com/photos/recaptured/8436590415
Only, it’s the Himalayan mountains, and not only a hill. 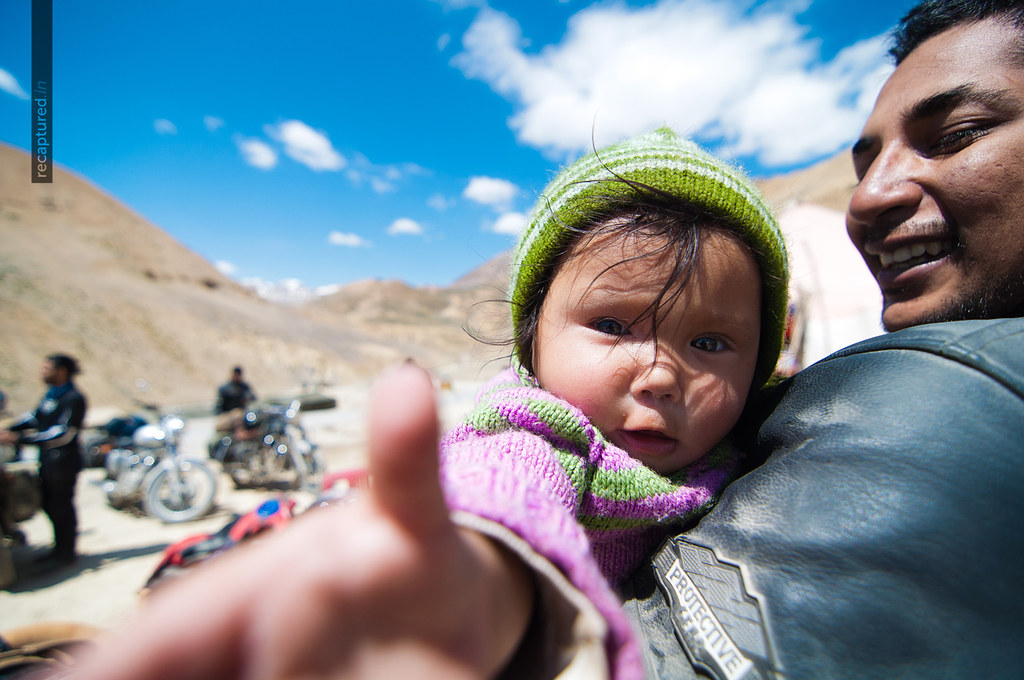 This is my entry to the National Geographic Traveler Contest. 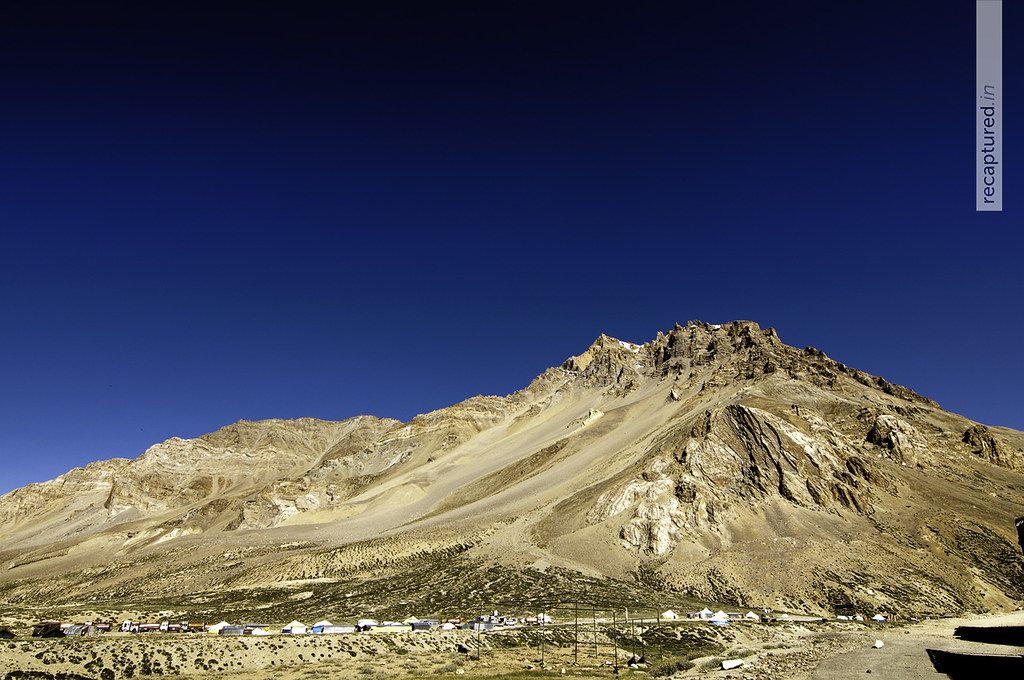 And one can see millions of stars at night 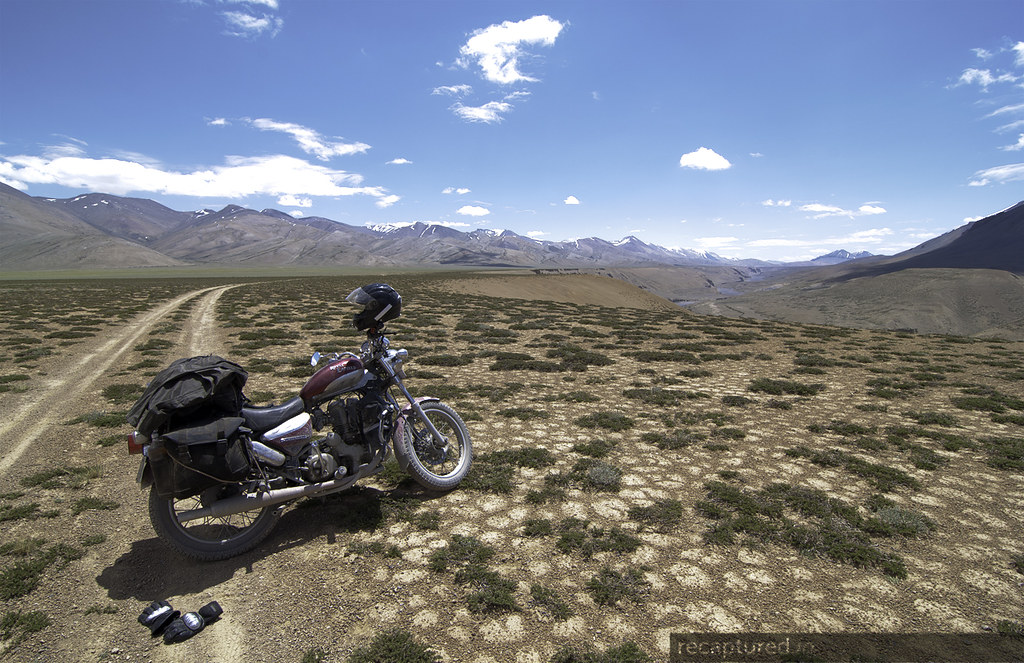 All of my belongings, originally uploaded by recaptured.

She’s back with me finally after a month long stay in Delhi. 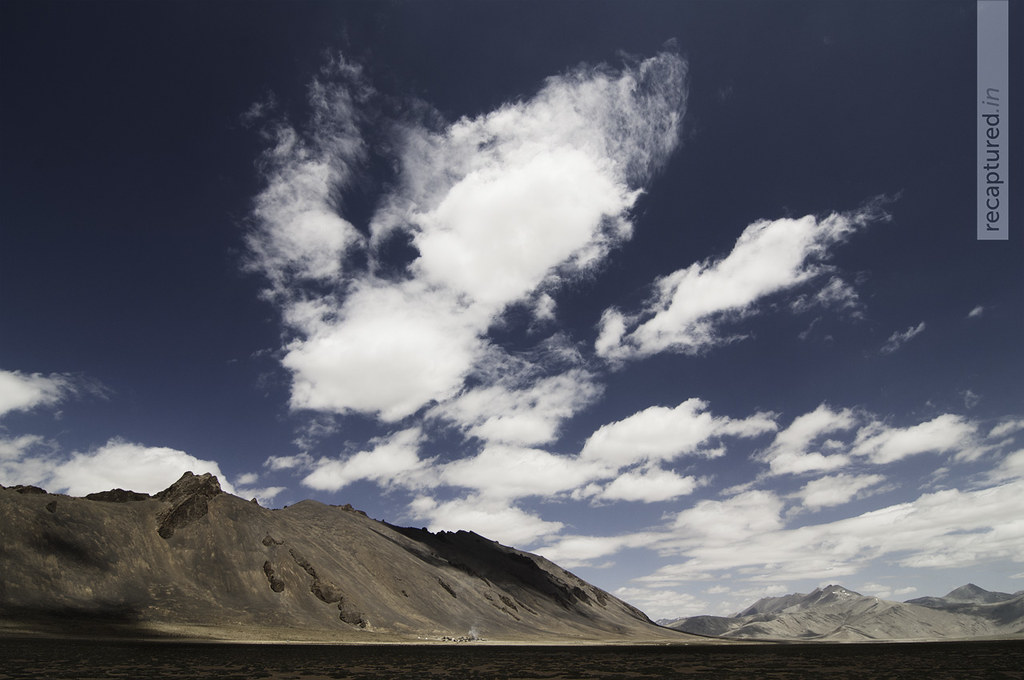 Apologies for not updating the blog live after Day 2.

I have notes for every day after that till the time my ride ended, but could not post anything, owing mainly to the lack of network access, and also to the fact that we were tired and slightly upset about the progress at the end of each day, and needed to catch up on sleep.

I plan to share the memoirs of those days soon. But today it’s about the one incident that cut short my trip by half, gave me my first fracture, and got me to my first ever proper operation.

Day 6 began early for me. I woke up at 3 AM as we had planned. We wanted to hit the road at the earliest possible, and wanted to cover the 250 odd kilometres to Leh by sundown. The planned take off had to be delayed because there still wasn’t enough light outside. So we started riding at around 7. After having scaled up the Gata Loops, we took a short break at Lachulung La. I sped off from there after clicking a few pictures, leaving the others behind.

We reached Pang at around 10 after passing through some intimidating, gigantic and impressive rock formations. We had thukpas for breakfast at Pang, played with the local kid who wanted to drink Slice from our glasses but his mother would not let us feed him, and met our friends from Bangalore once again. Having left Pang at around 11, we took another 25 minutes to reach the cold desert: Moray Plains.

It’s a stretch of land some 50km long, which is surprisingly flat, considering that it is between the Himalayan peaks. It’s mighty, it’s scary and it’s beautiful. Most of the beginning of it is covered with juniper shrubs. One track with a signboard marked “Diversion” goes amongst the shrubs, where we took our bikes for around half a kilometer, stopped, posed and took pictures. Then we decided to turn back and take advantage of the immaculate tar road that evidently was not a ‘Diversion’. Getting such a road after the kind of ride we had done for the last 3 days, all four of us felt like kids in a candy store! We started riding at 80-90 kmph like there was no tomorrow! And the road did not seem to end. Except that it ended. We came across a heap of rubble, around which there were a few people working on the construction of the road. That was the last we saw of the tar road. After this spot, it was either a shadow of the road covered in stone chips and rubble, or dirt, or (god forbid) sand for as far as the eye could see.

Our riding skills were being tested, and we were having fun.

I don’t remember what happened after this.

My entire bank of memories of what I think were the next 20 minutes consists of a frame, a vision of a splitsecond, where I am falling on the ground, and I can see the bike fall from under my feet.

The next moment I remember, I was being woken up by my friends. I felt dizzy. I felt needles all over my body, my brain, and my eyes. I presumably was dreaming while unconscious. Of another ride. Somewhere else. On being awaken, I felt like I was suddenly transported to somewhere unknown. I asked Siddhu who he was, and where we were. Everyone who had stopped to see and help was shocked. I wanted Siddhu to drop Anish a message, not realising that we hadn’t seen what a network signal on the phone looks like for 3 days now. I thought we were in Panchgani, though I kept saying Mahabaleshwar.

After about 10-15 minutes, my memory started coming back to me and I realised that I was in the middle of my long awaited Ladakh trip, but I still was baffled about how I fell. Somebody rode ahead and got Anish back with him.

Anish started questioning me about where we are going, where we started from in the morning, what we ate for lunch (trick question!), presumably to check for any damage to the brain. I took off my jacket to relax, and felt a searing pain in my left wrist. When I saw the wrist I was taken aback! The palm had twisted, and the bones were bulging, making it look weird and scary.

I would have gone under a panic attack, had it not been for Anish and his first aid training. Promptly he covered my entire arm, from the palm to beyond my elbow, with his sweater, used one of our knee-guards as the splint, covered it with crepe bandage, and warned me not to try and move my hand. To make sure, he made a sling with his scarf and hung my arm in it. Then he asked me to press his fingers with mine as hard as I could, just to make sure the fingers were alright.

I kept asking him what the date was, and how I would reach Leh, and he kept assuring me that they will get me to Leh, no matter what.

Lucky for us, a mini-truck was not far behind. This was part of the convoy of the foreigners riding Bullets who had started from Manali, and whom we kept meeting on our way so far. The driver, Sunil, let me sit in the shotgun seat and took me to Leh, all the while conversing with me, giving me things to eat and drink, and in the end dropped me at the Snow View hotel, where I waited for the rest of the gang.

We were so far thinking that it’s a displaced wrist, and that after setting the bones right, I could go to Khardung La and Pangong Tso with a cast on the wrist, sitting behind Anish on his bike. But that night, after seeing the doctor at the SNM Hospital and getting the X-Ray done, we were told that my wrist has fractured.

We met the orthopedic doctor the next day, and he confirmed it was a fracture, though a unique one, and advised surgery within 10 days. I decided then to drop the trip, Khardung La, Pangong Tso, the Hemis festival, Kargill, Drass, Srinagar, and returned to Pune the next day.

It’s been a month since the surgery and I am well on my way to recovery, what with snapping fingers and playing open chords on the guitar, but I shudder to think of what would have happened to me if Anish or anyone with knowledge of first aid wasn’t around to take matters in his hand and immobilize my wrist – which, even according to the doctors at SNM Hospital, was the absolutely right thing to do.