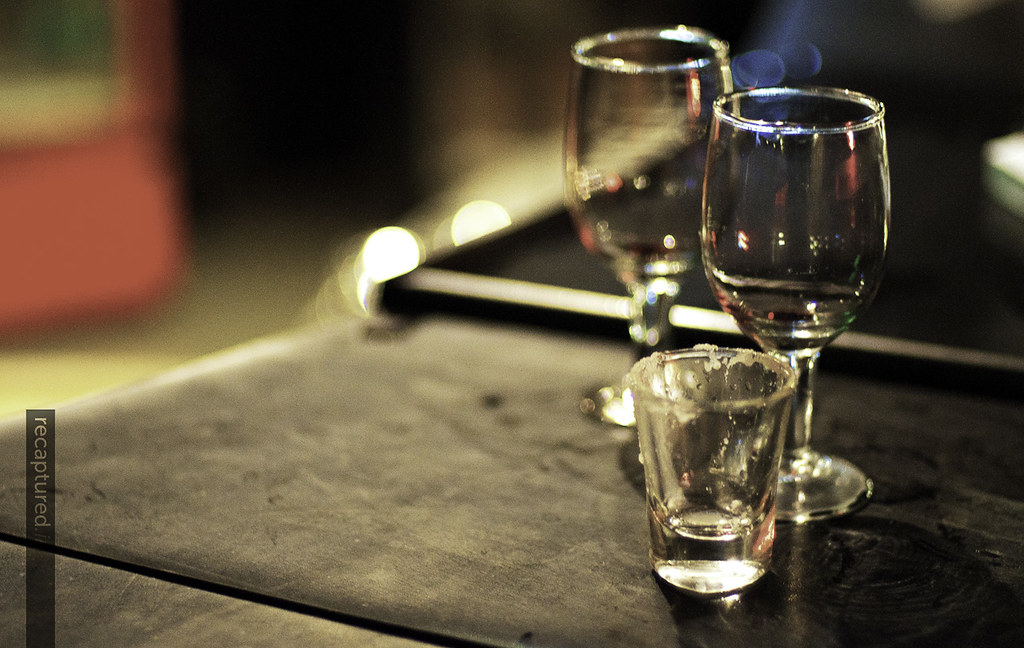 Just another fun evening, by recaptured

Can someone explain to me what is the idea of enforcing a dry day?

And what is the idea of enforcing a dry day because election results are being announced? Are the government afraid that people would get drunk and change the results?

The only thing I could not understand were the drinking habits of sadda Dev. He lives in the UK the major part of his life, and he picks up a habit of drinking Vodka only. Vodka the beginners’/connoisseur’ spirit. Indian kids who start drinking start with Vodka. Mainly because it’s tasteless, so get high without having to bear with the strange tastes of other liquors – after all those are acquired tastes – and does not smell when you go home. For connoisseurs, Vodka (alongside white Rum) is the base of many cocktails. I would have thought the hero of the movie, phoren return that he is, would have more refined drinking preferences. He instead chooses to guzzle Vodka neat – not even with a green chilli.

And when he’s not drinking Vodka neat, he’s mixing it with Thums Up or Coke. Did you hear that? Vodka with a cola! Whatever happened to the lime twist, good ol’ Sprite or a simple lime wedgie with Vodka?

Good thing he did not ask for “Bacardi ka Vodka”.

On another line of thought, are there any purist Bengalis out there who are offended by the portrayal of Paro and Debdash, by the maligning of the ‘pure love’ between them and the ‘pure lust, err… love’ that Chandramukhi had towards Debdash? Why aren’t we seeing any theatres being ransacked, any viewers being bullied (on the lines of Mangalore et al). For that matter, where are the fans of Shah Rukh, Madhuri, Aishwarya or Sanjay Leela Bhansali who would get offended by the hedonistic take on Sharatbabu’s most popular story outside of Bengal?